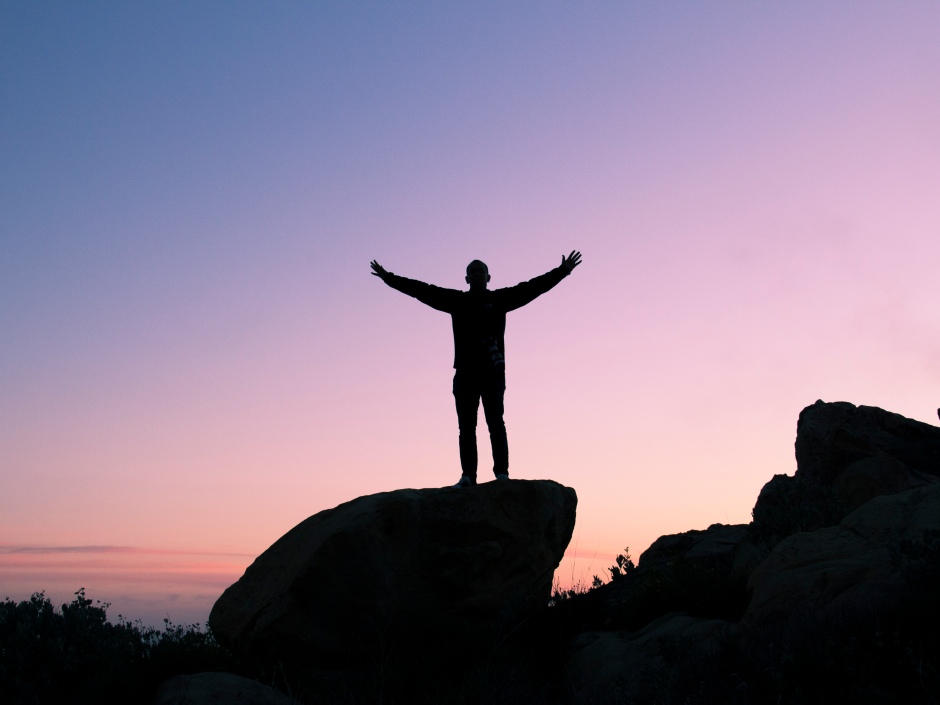 I’m writing this post on Monday, January 19. Today is Martin Luther King, Jr. Day, and all day I have been deep in thought about his legacy. When I consider how he fought injustice with such courage, compassion, and love I can’t help but be moved.

And broken. Broken that oppression is still a very real struggle for entire people-groups. Broken that each one of us is wounded, and capable of wounding others. Broken that none of us are exempt from the painful effects of hatred and selfishness in our world.

But we are not broken without hope.

Today,  I want to look at how to be free people. Our souls are set free through radical forgiveness. It is in that freedom that we become the people we are aiming to be. It might not be pretty, but stick with me. We must first feel the weight in order for the chains to be broken.

Dr. John Perkins is an African American author, teacher, civil rights leader, and Christ-follower. He was born in 1930 in Mississippi, and at the age of 17 his brother was murdered at the hands of a local marshal. He experienced first-hand the abuse and oppression black people endured when Dr. King was marching in peaceful protest. He became a Christian in 1957. It was then that a man who should have been filled with unimaginable hatred, hurt, and anger was changed by radical grace.

Dr. Perkins has since fought for justice through love, forgiveness, and a deep dependence on the 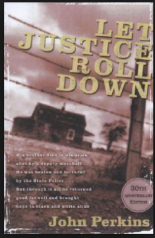 Holy Spirit of God to breathe into him, and to reign down justice. You can read Dr. Perkins’ story in his autobiography, Let Justice Roll Down.

The thing that has gripped my heart with such force is the intensity of Dr. Perkins’ forgiveness. He fought not only for civil rights, and social justice for blacks, but also for whites to be set free from their own hatred and self-destruction bound up in their racism. Dr. Perkins’ saw past his own pain, and saw the pain of all of humanity trapped in sin.

Forgiveness is a powerful force capable of destroying calloused hatred and apathy. Forgiveness is fighting a broken world, and individual broken hearts with active love and compassion. Each one of us, dear friend, needs to both receive and to offer forgiveness if we are to be truly free.

The thing that Dr. Perkins learned that many of us don’t want to acknowledge is that forgiveness hurts. True forgiveness comes at a high cost. When we forgive, we forfeit our own hatred in exchange for our oppressors’ freedom. We give up the right to punish someone else at the cost of our pride, our wrath, and the risk of our own emotional pain. Dr. Perkins once said that “for repentance and forgiveness to work in my life, God had to see me through months of agony and pain.” It wasn’t a quick decision that felt good; it took time. He wrestled with the Lord through bloody wounds. He continues on to say, “The Spirit of God kept working on me and in me until I could say with Jesus, ‘I forgive them too.’”

Dr. Perkins’ story is a powerful one, and it is one that we all need if we are truly going to become the healthy, happy people that we are aiming to become together. And like Dr. Perkins, our ability to forgive must first start with being forgiven.

Jesus came into this world 2000 years ago, taking on the form of mankind, and lived a perfect life. He was beaten, He was spat upon, He was hated and reviled, and ultimately He was crucified—nailed to a cross, a crown of thorns digging into his skull. He could have called down a legion of angels to rescue Him, but instead He gave the soldiers swinging hammers the breath to keep going.

And for what? For forgiveness. For me. For the parts of me that I am so ashamed of that there have been times when I couldn’t look at myself in the mirror.

For you. For those things that make your stomach turn when you think about them.

It’s all been paid for. Our freedom has been purchased at a high cost by the Maker of the Heavens that says we are worth it.

Once we have truly accepted that we have been set free and are forgiven, we can learn to forgive those that have caused us the most hurt. I don’t say that lightly; believe me, if we could sit across the table from each other, I would share with you the times that I have been so broken by others that I could not see straight. But I would go on to tell you that fighting to forgive them in response to being forgiven myself has set me free. It is for freedom that Jesus has set us free.

True happiness can only be found when we live as free people. Free people accept that their debt has been paid. Free people fight to forgive others, regardless of the offense. It is a fight. But “John Perkins said it right: ‘Love is the final fight.'” As you go into the rest of your day, take three minutes and enjoy the video below: